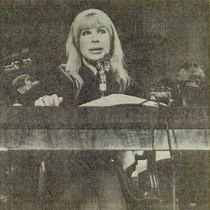 There is really nothing wrong with ego as long as one does not allow it to become inflated. In fact, I think ego is a good thing. It spurs us on, it allows us some pride. It is a sad thing if someone has lost their ego. This generally does not occur with writers. We may write for ourselves but in the final count, most of us definitely want others to read…and hopefully like, what we have written. Why else are there millions of people out there writing their stories in this age of self-publishing? Just about everyone today has written, or knows someone who has written, or is writing, or is planning to write, their story. Why else am I, and others like me, blogging.

So many of us want to speak, we want to be heard. And whether anyone cares what we write or not, we have this great desire to share out thoughts.

I am no different. I want to communicate – whether it be by writing or in conversation. I have been known to gabble on but I hope I am not one of those I have heard of ‘ who have nothing to say yet keep repeating it’.

And so, in this quest for communication, I have written several books about myself. First, I was privileged to write The Khaki Mafia with Robin Moore (author of The French Connection and many others.) This was indeed a privilege because Robin was a well established author and I had much to learn.  He was generous in sharing his knowledge and time. One of the things he often repeated was “There are many writers out there who write beautiful words but have nothing to say.” Robin always had plenty to say…while holding the reader’s interest. I hope I have learned to do the same.

The Khaki Mafia was actually a true story of the corruption I encountered within the U.S. Army clubs in Vietnam and how I risked my life when I ‘blew the whistle.’ Robin said that it would sell better if presented as fiction so we changed the names and embellished a few facts. He was right. It sold a million copies.

Since then I have written the true story of the same events. In Goodbye Junie Moon I did not write in depth about the corruption as I did not want a repeat of our first book. I was trying to show how the events effected and changed me. A few ( very few) readers have complained about this, saying they wanted a deeper look at the corruption and less of me. (It is a memoir – which usually means a good look at the author. )

Promoting a book today is vastly different from the days when Robin and I wrote The Khaki Mafia. Back then, we were treated like celebrities as our publisher set up TV appearances and book signing tours for us. We traveled the country accompanied by a PR woman. We were accommodated in five star hotels and all our TV, magazine and newspaper interviews were pre-arranged.

I long for those days now, as I slog away, trying to write this blog, chat on Facebook and Twitter and other writer’s forums. And sadly, I am not very good at this new type of promotion, being rather inept at computer savvy.

My latest attempt at promoting Goodbye Junie Moon occurred between the 17th – 21st July. I offered the book for free during those days through amazon. Much to my delight, 33,000+ people downloaded the free copies. This is turn, generated an additional forty six reviews to date. Now reviews help sell books and prior to that Freebie, my reviews were pretty good and I must admit, I was beginning to get a swelled head. This last week has certainly brought me crashing back to earth. Some of those ladies who downloaded the freebies have not liked the story at all – couldn’t even finish it. I was found to be, raunchy, horny, boring and ungrammatical. One even asked for a refund. (LOL). Now, this should not matter. While writing, I did not have to put myself ‘out there’, warts and all. But I did, hiding nothing – the good and the bad. At times my life was raw. Sure I could tell the good things about myself and sugar-coat the bad. But that would not be honest and discerning readers know and appreciate honesty.

I have always been a person who danced to my own tune and never gave a fig (funny saying, that.) what others thought of me, as long as I liked myself. So why should I care about some negative (Not constructive) reviews? Especially when they were so outnumbered by the good ones.

Ego, of course E.G.O! I’m a little bit ashamed of that. I know better. I am bigger than that. Have I become a whiner? So many writers have endured the same rejection – the same criticism, and accepted it in silence.  So if other people’s opinions never mattered before, what is different? Is it because I am older? I think not! I believe that whereas my ego is within bounds generally, when it comes to my writing, it is desperate for approval. Stupid woman! My brain tells me that we can’t please everyone. We are all different. Let it be water off a duck’s back! I’m certainly not alone and even far better writers than me get negative reviews. So bring them on – and shut up, June.

And now for the happy ending. After that huge whinge, here is the end result; CONTROVERSY sells books! Although my rating has dropped a few points, my book has never sold so well. Take heart fellow authors and welcome those negative reviews. Smile as you run to the bank!

Until next time, Cheers.