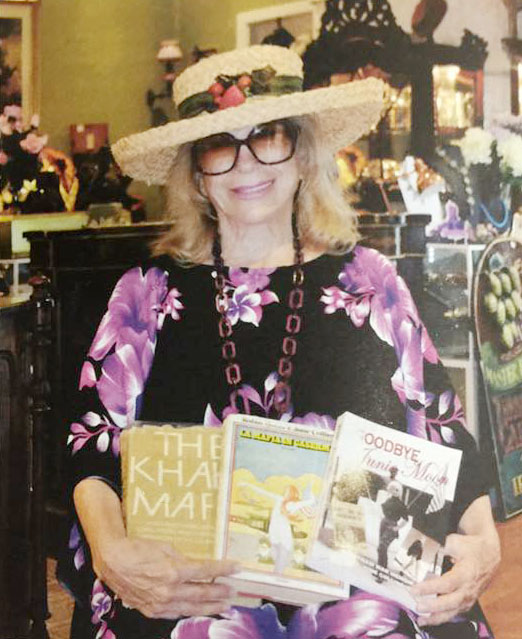 I seldom post reviews but this one, received on April 4 is my favourite for several reasons. Importantly, it came from an Army Sergeant and even more important, he credits me with making changes to the way the NCO military clubs are now managed. Furthermore, I was unaware that the club system had been altered and this information is very pleasing to me. Anyone who has read Goodbye Junie Moon would understand that. I do not know who this reviewer is but wherever he is, I hope he knows how his words have warmed my heart.

5.0 out of 5 stars Fabulous!!!, April 4, 2014
Amazon Verified Purchase(What’s this?)
This review is from: Goodbye Junie Moon (Paperback)
As the title so subtlety suggests I found the book to be absolutely fabulous. Ms Collin’s writing style has you clawing at the pages for more. I read The Khaki Mafia a few years ago and liked it, but was a bit worried that Ms Collins did not have the ability to write well without the tutelage of Robin Moore. I was completely mistaken. She not only has the ability to write well but she has surpassed her Mentor. She told the true story of the events and it was more exciting and interesting than the fiction version. At times you have to check to make sure what you are reading is not fiction. I must say I had this book on my shelf for sometime before ever picking up and reading it but was so pleasantly surprised when I did that I did not put it down until I had finished. Thankfully it is such a smooth and easy read that I was able to do so.

As an Army Sergeant myself I was appalled to read some of the things my predecessors had done before me but not exactly shocked. I see a lot of things that were overlooked before that are watched more closely now one of those things being Clubs and such in war zones. They are no longer run by Soldiers who will be able to make a profit off their comrades, but they are now mostly free MWR (Moral, Welfare, and Recreation) centres, where the government takes care of their fighting men and women by providing them with wholesome entertainment and amenities from home. The few shops that are there for profit are owned and ran by locals which are aimed at helping their local economy and building relations with the populous. I can’t help but think that Junie moon had a lot to do with making my two tours in Iraq and Afghanistan a better experience.